The True Cost of the Elastic Stack: An Infographic 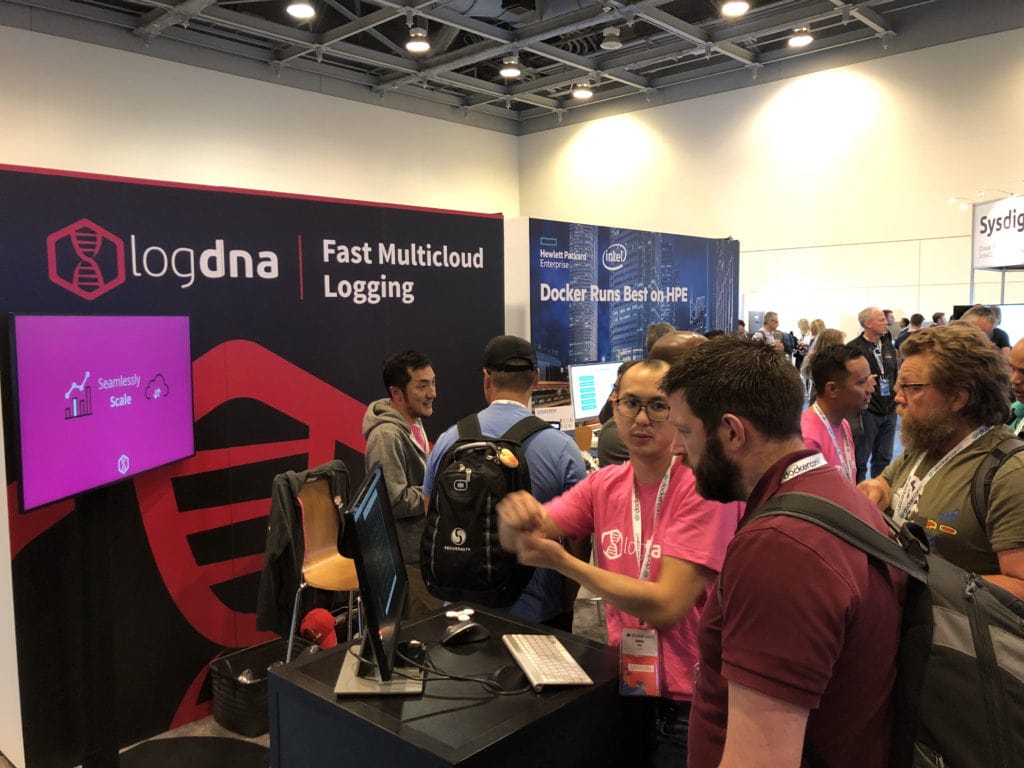 It's been a productive and eventful last couple of weeks for LogDNA. We attended both DockerCon18 in San Francisco and O'Reilly Velocity in San Jose.5,000+ attendees packed into Moscone for the 5th annual DockerCon to talk all things containers. Meanwhile, down in the South Bay, San Jose's McEnery Convention had 4,000+ attendees chat about infrastructure, DevOps, security and more!The week coincided with IBM's announcement of a partnership with LogDNA (link to IBM Cloud CTO Jason McGee's blog) to continue on their goal to provide developers with the broadest and easiest range of ways to scale, run and build with containers.We had a ton of attendees visit the booths. All were looking at how LogDNA is different from Splunk, ELK and other vendors. Some walked away LogDNA swag, but all walked away with a brand-new perspective on modern logging with LogDNA.

Here are some highlights of each show:

The Velocity Conference is one of those conferences that every type of software industry specialist attends. Velocity covers a host of important topics: security, performance, scaling, DevOps, leadership, and more.O'Reilly is mostly known as a publishing company; however, they hold more than a dozen annual conferences around the world. With LogDNA's focus on people who work directly with infrastructure, attending O'Reilly's Velocity was a no brainer.There was a diverse lineup of speakers, from the likes of Google, Netflix, Dropbox, Pinterest, Microsoft, and Fastly.There was a ton of discussion around the barriers that still exist that prevent some organizations from adopting Kubernetes and containers. Compliance (especially with fresh GDPR concerns) and monitoring new, more ephemeral infrastructure like Kubernetes was a huge topic.We had a busy booth. Many people were amazed seeing how easy it was to deploy LogDNA across large Kubernetes clusters with just two kubectl commands. Once their data was flowing, searchable and automatically parsed metadata was the show stopper on the LogDNA platform.Here is a demo of what we showed off at the show.

Truth be told, there were a lot of questions heading into DockerCon this year. It was the first event since the departure of the founder of the company, Solomon Hykes.Even with all of the questions, DockerCon still broke last year's attendee record and there were a ton of companies that participated. As a Silver Sponsor of this year's event, LogDNA couldn't be more thrilled with the turnout of attendees and their excitement to continue the push towards containerization.This was also the first DockerCon since Docker Enterprise Edition (Docker EE), the commercial version of its container platform, announced a fully supported Kubernetes distribution (competing against the likes of Pivotal's PKS and RedHat's Open Shift).Docker was excited to show off their list of companies already on their 2.0 version of their enterprise product. Sessions included Baker Hughes, Bosch, Davita, Equifax, Franklin American Mortgage, GE Digital, and Liberty Mutual!LogDNA's own CTO Lee Liu was also featured on IBM Code Live. Here is a recording of the chat.

We have a busy back half of 2018 planned, including KubeCon Seattle in December. Catch us at one of these shows, say hi, and grab some snazzy socks!